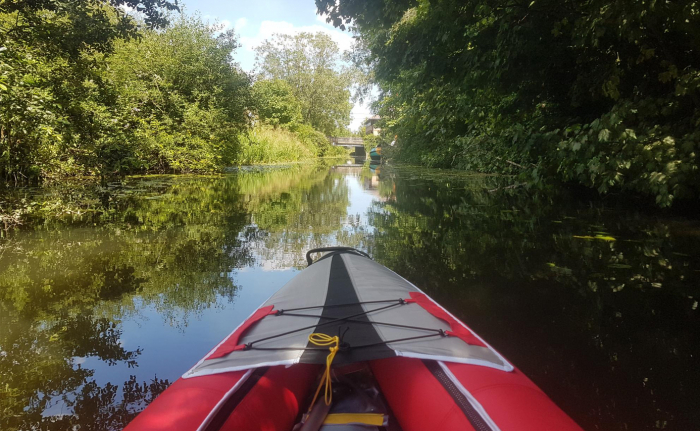 Why I bought the Z-Pro Tango Kayak

If you’ve been to a river or beach lately, then you will have seen the inflatable kayaks taking over the water. Faster than a stand up paddle board, inflatable kayaks are the perfect adventure vehicle for you and your mates. For the last few weeks, I've been on the lookout for a good quality, affordable kayak that I can bring to my local river on weekends. The Z-pro Tango was my kayak of choice and here’s why…

I’ve used rigid sit on top kayaks and canoes for years but found them hard to store and transport. Getting an inflatable kayak would mean that it wouldn’t take up too much space in my house and it would be small enough to fit it in the boot of my car. On the other hand, I still needed it to be big enough for 2 people so I could use it with my daughter or friends. The Z-Pro Tango 1-2 man Kayak is perfect because it is still able to fit 2 people and their gear but doesn’t take up too much space when deflated.

Before it’s first outing, I decided to do a practice set-up in the garden as I didn’t want to be sitting on the riverbank reading the instructions! In the end, it was easier than I thought. There are 3 valves to pump up, one on each side and one on the floor. It only takes about 10 minutes to pump up all 3 chambers which I thought was quite quick. The pump that came with the package didn’t have a gauge on it however there is a handy separate gauge included so you can check the pressure after you pump it up. The gauge can be used easily, and you can adjust it down if you over inflate, like I initially did. The seats fold out and Velcro to the floor and come with straps support the backs. I found that the seat needed to be set fairly upright as I leaned back into it when out on the water. One of the best things about the Z pro is that you can use it as a single kayak, and it doesn’t seem too long. The seat can be moved around and as a single you can just place it near the middle. The paddles come apart so also good for storage and are well made and strong enough for the job.

It comes in a robust style holdall which is not too cumbersome but ideal to lug out of the car, or carry for a short distance down to a river of beach.

My initial launch was on a very calm river. The bottom of the kayak seemed strong, so I wasn’t too concerned about pushing it down the bank without it bursting. I will also be using it on the beach and think it would be fine to push along sandy, or even stoney beaches.

Once out on the river it felt extremely stable, I rocked it back and forth just to get an idea of whether it was going to capsize (I didn’t). There was plenty of internal storage space, so I could keep my dry bag, phone, drinks etc all in the front just tied onto the ropes and they were perfectly dry and secure. If I had planned a bit more, I could have easily had a cool box and beers on board!

Overall, I was very impressed with the construction and sturdy feel of the Z-pro Tango inflatable kayak. After my initial very peaceful paddle down the river I’m looking forward to venturing out in the sea and going a bit further!

O'Neill TechnoButter 3: What is it? 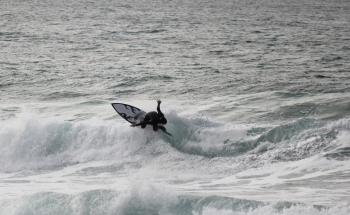 Have a 5 Star Summer with the Mystic Star Wetsuit 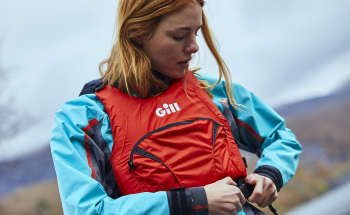 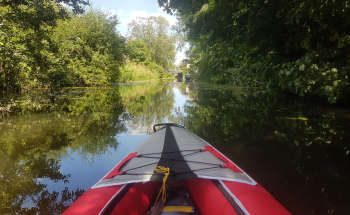 Why I bought the Z-Pro Tango Kayak 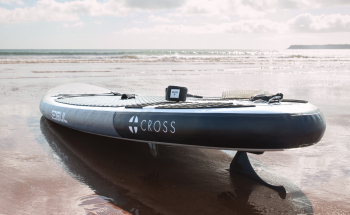 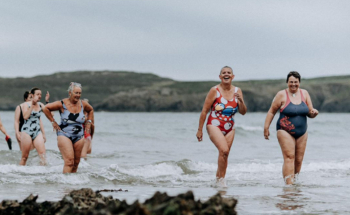 The benefits of open water swimming with the Blue Tits 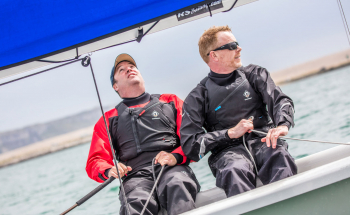 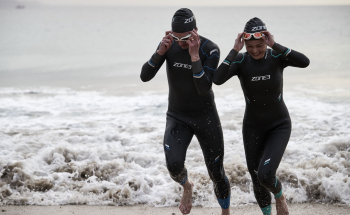 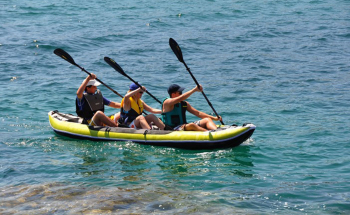